The First Book of They 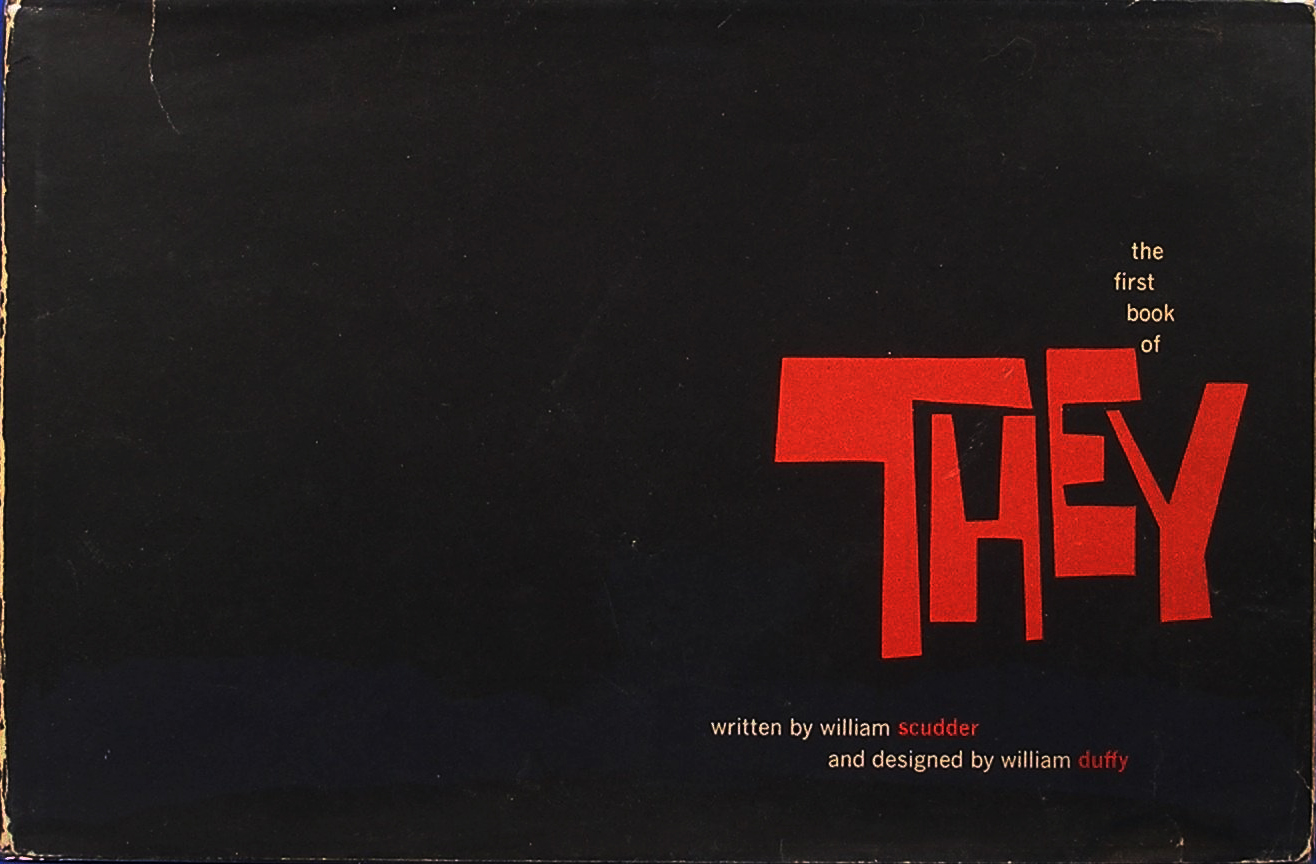 On September 10th, 1813, Oliver Hazard Perry faced a squadron of enemy navy in Lake Erie during America’s War with Britain in 1812. After having his first ship, the USS Lawrence (named for his friend, Captain James Lawrence, whose dying words were “Don’t give up the ship”) shot out from under him, Perry rowed his crew to another, took command of it, and then proceeded to defeat the British with it, effecting America’s greatest naval victory to that point. Famously, his report to General William Henry Harrison was simply: “We have met the enemy and they are ours.”

We like to have enemies, I think. Enemies provide us with a thing to measure ourselves against, to define ourselves by, and they give us permission to believe that we live through the worst times the world has ever seen. You may laugh, but I mean it. We like to think that no one in the history of the world has had to suffer the insults and threats and pain that we have to endure on a daily bloody basis. And this belief lets us feel more like heroes – albeit doomed heroes – so that when we fail, it is not because the fault, dear Brutus, lay in ourselves, no no! But because we were faced with Herculean odds that would have dissuaded other generations from even trying. Those weak-willed bastards of our parents and grandparents and great grandparents ages would have slit their own throats if they’d been faced with the evil hordes of monsters we’re threatened with! So what if we fail! We tried, didn’t we? Though we failed? And that counts, right? We count, right?

But we also believe we live through the worst of times because we are just so god-damned ignorant about how bad the past really was. We have no idea. We can barely identify a president from before we were born, let alone have any inkling of the life-or-death issues of any era other than our own. We have no idea about the slings and arrows and outrageous misfortune our parents endured, our grandparents endured – good lord our great grandparents!, how did they even survive childhood? We start out ignorant and self-involved and we stay that way our whole damn lives. And it only gets worse as we age because, as Mary Schmich famously reminded us, when you are old you “fantasize that when you were young, prices were reasonable, politicians were noble and children respected their elders.”

Even though we know – we KNOW! – deep down in our hearts that it’s bullshit, that it has to be bullshit – because if the days of our youth were so great, so noble, so reasonable, then how were we heroic for surviving them?

I think about this a lot when faced with books like the curious little one that my good friend Jim Harper handed me one sunny day – They by William Scudder and William Duffy. Go ahead and google them, you’ll be hard-pressed to find anything about them. Hell, google the book. If you’re lucky you’ll find it on Abebooks or Ebay. Maybe.

They is a series of phrases, exclamations – what another age might have called “ejaculations” before that word became the sordid domain of adult movies and Beavis and Butthead. A series of statements in a narrow variety of voices – complaining about that dastardly “other”. They. And sometimes “Them” (the object pronoun, not the rock band from Belfast). “They” who are “taking over the country”. And “they” who are out of their minds. The “they” who’ve got you coming and going. A “they” that could be as big as Macy’s or The Chicago Tribune or the New Haven Railroad, or as small as “the people upstairs” or Fred Jones’ mother-in-law, or “to Hannah and Henrietta Meigs, RFD 287, Throckmorton, Texas… practically everybody in Throckmorton, Texas.”

“They” is everyone who annoys you. Who is not you. Are they your “enemy”? Perhaps too strong a word. But why quibble over shades of grey? We have enough to go around. They, them, the other, the enemy – these are all just nodes on a continuum, aren’t, um, they?

And what’s on the near side of that continuum?

Which Scudder and Duffy acknowledge at the end of their mid-century journey through all the theys and thems: “Say what you like about them, you should hear what they say about you.”

And maybe that’s obvious. And maybe a little trite. Even for a thin little book that looks like it was created by friends on cocktail napkins during three-martini lunches, written as it was in those halcyon Camelot–Mad Men–New Frontier days of 1961.

On the second “Earth Day” (April 22, 1971 and Julian Koenig’s 50th birthday as well), Walt Kelly, the genius behind the iconic comic strip “Pogo”, created a poster decrying how Americans were destroying their country. In an Okefenokee Swamp that is filled with flat tires and broken furniture and empty beer bottles and torn clothing and all manner of garbage, a headline hangs above the forlorn possum’s head, weirdly echoing Perry’s 19th century naval victory, but turning the guns homeward this time, on the cause of all that idiotic destruction: “We have met the enemy” it reads, “and he is us”

And yet that’s not the way my old man handed the line down to me as I grew up. Pointing to the television as we watched Nixon condemn “those” college students, and then white Bostonians fight “those” black Bostonians, and then straights disparage “those” gay San Franciscans, and then law-and-order politicians denounce “those” Angelinos and on and on and on, my father would point to each group in turn, each they, each them, each enemy and say quietly “We have met the enemy, and they is us.”

It’s a subtle adjustment, of course; a nuance, really. But one a copywriter would make. And one Scudder and Duffy – and probably even Walt Kelly – would have appreciated.

The First Book of They by William Scudder and William Duffy was published by Harcourt Brace & World on 01/01/1961 – order it from Amazon here – or pick it up at your local bookseller (find one here).