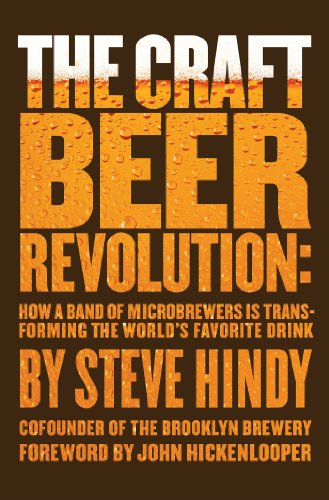 We like to think that we live during movements, when great zeitgeists roll across our lives, swallowing up all facts and events before them like tsunamis. But we don’t, really. We live in random, disordered times and it is only in retrospect, when a handful of people who really want to understand what the hell was going on, dig into the detritus of an age and are able to say “oh, here’s what was happening.”

For who among us would have picked out the little mammals scurrying about in prehistory as the ones who would turn into the humans who run the planet? Who bought Xerox in 1936 or Google in 2004? Whose soccer pool had Leicester winning the Premier League in 2016?

It is generally only in retrospect that the logic of these things is identified – that the dots are connected that show that person X spoke to person Y which motivated person Z to fund company A which eventually flipped the switch on the industry that changed everything for everyone and none of us can imagine life the old way again.

Case in point, the craft beer industry, which Steve Hindy, the founder of Brooklyn Beer and a former journalist for AP, had a front row seat for, and which he recounts in The Craft Beer Revolution.

Now, you must remember what the American beer scene was like before there were any craft beers. Back when brands like Pabst and Schlitz still dominated the national landscape, and regional beers like Schaefer, Rheingold, Falstaff, Grain Belt, and Brown Derby were hanging on for dear life. A scene that by the 1980s had radically consolidated, effectively killing off the regionals and indeed some of the nationals, leaving only Miller, Anheuser-Busch and Coors still standing. And if that sounds bleak, well, in retrospect it was, but at the time we really didn’t know any better so, you know, it was fine.

But while this was going on, you had homebrewers importing books from England and teaching themselves the ancient craft in their basements and kitchens. Experimenting with attempts to replicate the flavors they’d enjoyed on their travels around Europe, where they learned how diverse and eclectic a thing beer is.

And as they did, some of them wanted to take the hobby a step further. Because they were finding they enjoyed it more than their day jobs. And they were finding that their friends and neighbors quite liked what they were producing too. So they wanted to see if they could actually sell some of this stuff. And when they could, well, how much could they sell? And what would they need to buy and build in order to sell enough to make a living at it?

And that’s what this book is really about. Not some unified movement like, say when the Third Estate walked out of the French National Assembly, and swore the famous “tennis court oath” and – BOOM! – the French Revolution. This was a much more discombobulated effort than that.

This is a tale of wildly disparate people who started making beer for wildly disparate reasons. From those early homebrewing pioneers we mentioned above, to entrepreneurs who saw the next quasi-gastronomic trend, to the few remaining regional brewers like FX Matt who began contract brewing for the startups, and more. Indeed, just about every single story that Hindy tells here is fundamentally and importantly different, with a different reason for being, and in many cases, a different reason for failing.

And amidst all those different differences you have Jim Koch who is different even by craft beer standards. Who came from a family of brewers but who was a Harvard MBA. Who quit his gig at Boston Consulting Group to start Sam Adams beer. Who loved the “business” part of the beer business as much as he loved the “beer” part. Who understood that if he got a craft beer to scale, not only could he succeed, but he could make it so others could as well. Who is now a billionaire. All of which makes him a highly polarizing figure in the highly polarized craft beer world.

And we could go on about Koch and the details of the craft beer story, but you should read it for yourself. Right now there is a more compelling thing to point out to people in advertising.

Because the story Hindy tells of the beer business is a cautionary tale for all industries navigating change. Yes, of course, the specifics are different. But the broad strokes are invariably the same, and the lessons to be learned are applicable to all – and they are these:

And if you think these are valuable precepts to keep in mind as you help your clients navigate their changing world, you’re half right. Because they are just as valuable for your own agency as it deals with the massive change it is facing. Where new media options appear every day. Where new technology changes what we’re capable of doing, saying and measuring almost faster than we can do, say or measure it. Where demographic trends evolve and transform brands at a lightning pace.

Look, no one saw the craft beer revolution coming. No one will see the revolution coming in your client’s business either. Or in yours. So prepare like it’s already here. Because as the beer business shows us, somewhere, it probably already is.

The Craft Beer Revolution by Steve Hindy was published by St. Martin Griffin on 05/26/2015 – order it from Amazon here, or from Barnes & Noble here, or pick it up at your local bookseller (find one here).