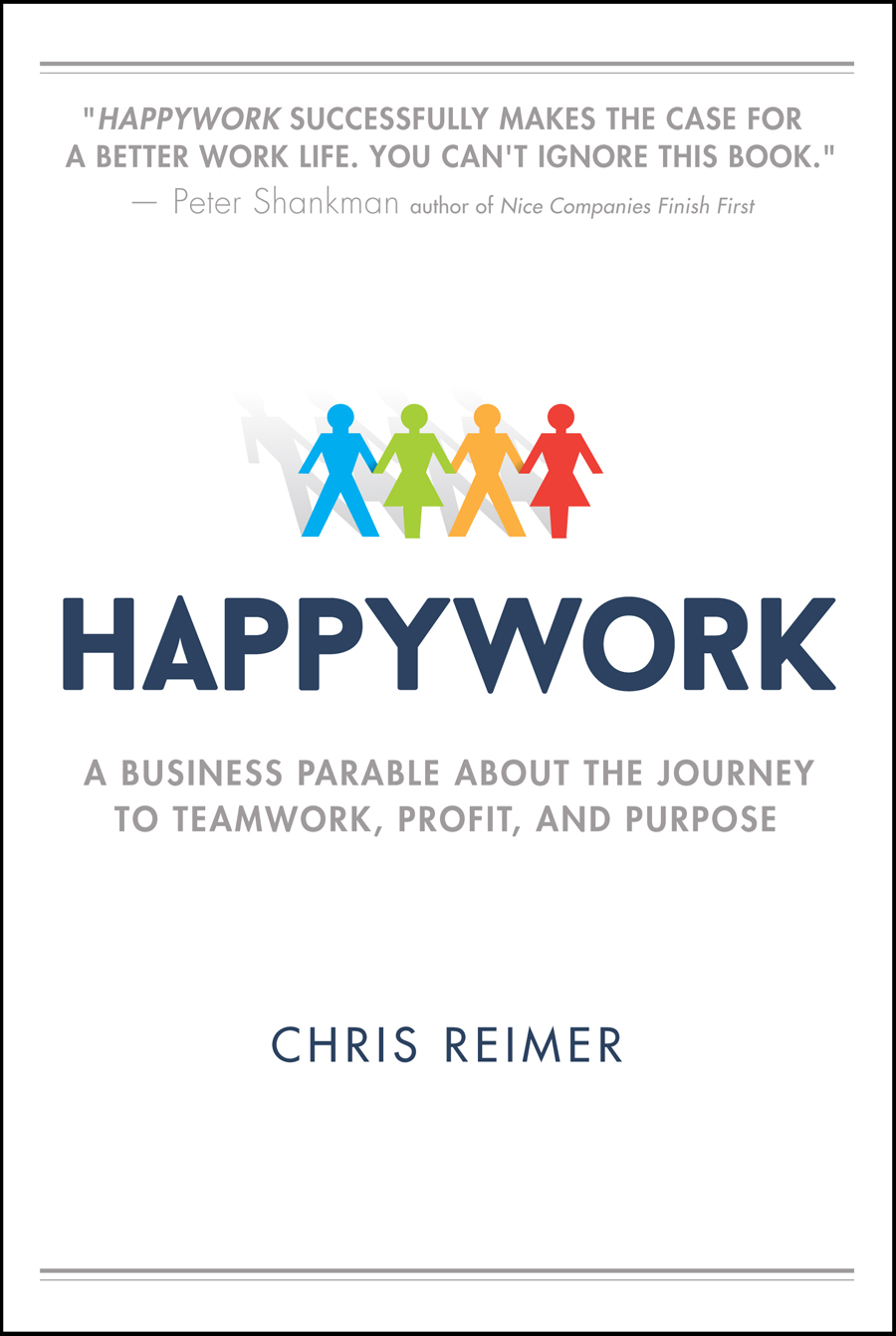 Someone once asked Woody Hayes, the old irascible Ohio State football coach, why his teams rarely passed the ball. “There are three things that can happen when you pass the ball” he allegedly said, “and two of them are bad”.

It occurs to me that we face a similar situation with employees. There are three things that can happen, and two of them are bad: They could be unhappy at work and not be productive. That’s one. Or they could do the work, but without passion or interest. That’s two. Or they could actually do their jobs in an enthusiastic manner. And that would be the third option.

Now, lest you think I’m being unduly pessimistic, apparently only 29% of employees fall into that last group. Slightly more than one in four. Or said another way, 71% of employees are, when you get right down to it, sort of destroying the company they work for even as they work for it.

And to be clear, we’re talking about all employees, from one end of the totem pole to the other.

Now, when Woody Hayes was faced with a problem like this, he could just forgo passing altogether and run the ball. But we can’t, because even in this highly automated, here-come-the-robots-for-our-jobs society, we still need employees. And don’t think you’ll avoid it if you just use fewer people. Even, if you have only four employees, three of them are probably killing you.

But why? Why are workers so disengaged at work when it is, by and large, where most of us spend most of our lives?

Into this conundrum steps Chris Reimer’s novel Happywork, in which business consultant and turn-around specialist Sam Maslow tries to save Vunorri, a family-owned and run electronic components manufacturing company that has hit hard times. They’re behind on their bills, the creditors are knocking on the doors, time is running out – and that’s just the good news. Inside the company, things are worse; intimidation, dysfunction, incompetence, and all manner of apathy and indifference.

I’ll save the story of how he turns it around and what he learns along the way for you to discover, because there’s something more interesting to unpack.

Since we’ve established companies need employees, it stands to reason they should try to get the best out of them, if for no other reason (though there are a lot of other reasons) than that employee turnover is insanely expensive to companies and that employee disengagement is costing the economy between $450 and $550 billion every year.

But how? Reimer has a suggestion (via Tony Robbins) that makes a lot of sense – and it starts by simply attempting to meet their basic needs.

According to Reimer and Robbins there are six basic human needs: Comfort, Variety, Significance, Connection, Growth, and Contribution. Six things that drive all the decisions we make every day, regardless of race, creed, color, education, age, demographic or sporting preference.

Sounds reasonable, right? But here’s the thing: we don’t jettison these driving forces the moment our workday starts. In other words, if you want employees to function at their peak as humans, it makes sense to make sure that the work meets those human needs. Or if that’s not possible, that the workplace does.

Because we still have these needs. Even at work.

Of course, some employers disagree, only hiring based on a candidate’s physical ability to do mindless repetitive tasks. They’re not worried about getting the most out of their workers. But those employers and employees are becoming fewer and farther between.

And Don Draper famously disagreed when confronted by a Peggy Olsen who wanted a few of her own basic needs met. But even Draper – especially Draper – knew that he was being disingenuous. For not only did the ads he make (and that we make) swim in the streams of the public’s basic needs, but he himself was a master at navigating those needs. Hell, he was even a case study for what happens when one’s needs – in and out of the office – aren’t being met.

So if all that’s true – if we’re driven by those basic needs both in our personal lives and at work, why wouldn’t we make advertising that speaks to those needs in both places too? Why do we act as if consumer advertising is the sole purview of the emotional connection? Why do we create B2B advertising that is restricted to a purely rational, functional, self-involved – and ultimately specious – approach?

If we’re still humans at work – whatever our work is – why don’t we create B2B advertising that treats us that way?

Will it make our work happier? Probably not. But with the bar at 29%, it probably won’t make it any worse.

Happywork by Chris Reimer was published by Sound Wisdom on 02/17/15 – order it from Amazon here, or Barnes & Noble here – or pick it up at your local bookseller (find one here).